Hopwood Golf Ltd is the brain child of Darren Hopwood Head PGA professional at Penwortham Golf Club, its goal is to provide the most complete web based service for golfers of all levels encompassing all aspects of the game. Hopwood Golf recently took over the Teaching & Club fitting services at Whitestake Driving Range adding further to the overall levels of service available to our clients.

Since turning Professional in 1995, Darren has steadily built up his knowledge professionally working at numerous Golf facilities before securing the position of Head Professional at Penwortham Golf Club in 2002,  Darren's drive, enthusiasm & thirst for knowledge have seen him establish a reputation as a first class Coach and Club fitter assisting golfers of all levels from beginners to Professionals.

Darren has been teaching since 1996 and in this time has received training both personally and professionally from some of Golfs leading Coaches (Andy Plummer, Mike Bennett , James Ridyard, Bill Ferguson, Jamie Edwards & Karl Morris).

2011 saw Darren introduced as a member of the team involved in County Coaching for Lancashire with a focus on Course & Self management.

Darren Firmly believes that there is no ONE way to swing a golf club BUT there is a need for a system and that all Golfers have CORE tendencies which need to be identified then attacked in a manner which suits the pupils individual circumstances.

With his training in NLP Darren tries to link both the Mental and Physical aspects of golf helping to accelerate his pupils Progress. 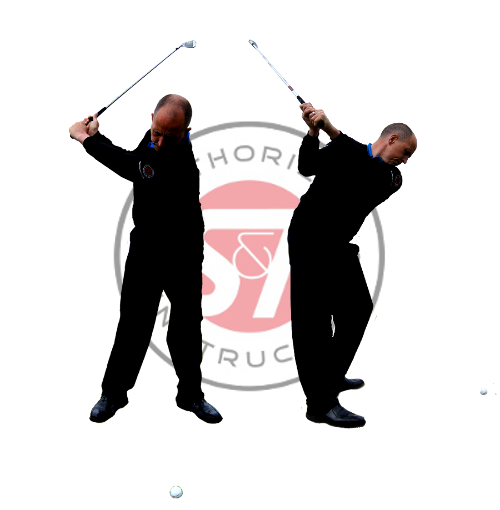 We recognize that the true fundamentals are the ability to hit the ground on the same spot with every swing, with enough power to play the course and enough mastery of shot direction to play it well.

It’s an insight they’ve developed systematically to make it teachable.

It’s simple enough to deliver fun results for the beginner, yet deep enough to give the more experienced player a three-dimensional understanding of the physiology of the game.

Stocking a good range of golf clubs and able to access ALL leading brands of equipment and clothing, Penwortham’s Pro Shop staff pride themselves on offering a comprehensive service...

All equipment available as CUSTOM FIT (with NO hidden charges)

The golf shop has an extensive range of demo clubs available for you to try before you buy. Our PGA Professionals are on hand to offer a personalised club fitting service or just offer advice on what is the best club for you. All fittings are carried out using the Vector Launch Monitor System and through state of the art technology you can be advised on the appropriate loft (Driver), shaft flex etc based on your unique launch characteristics.

Mens and womens clothing from Galvin Green, Nike, ADIDAS, Stuburt, Glenbrae and Glenmuir all available. Sweaters, polo shirts, trousers and shorts in the latest styles and colours and a full range of waterproofs to keep you dry on the wettest day!

"Darren’s enthusiasm for golf is infectious, he displays a genuine interest in your game and is willing to go that extra yard just to help you out.

Darren is one of the North West’s leading coaches His sessions incorporate the latest technology making them effective and easy to understand".

"My game is unrecognisable and members are asking how have I improved so quickly! Driving, fairways, short game massive improvement, handicap cut by 2 shots to 21, and I can just feel massive potential- looking forward to next lesson, and thanks for getting me here".

"Not only can Darren accurately describe the swing and its essential elements, he know how to make it work, and make it work quickly. That is the mark of the best teachers in the world of which Darren is one.”

Lessons can be booked by directly contacting me or through the golf centre at Penwortham Golf Club, the past few years I have been very busy, so if you need lessons i suggest you book as soon as possible to reduce disappointment.